1) The crush zone can be bent at a larger angle without breaking, still having good strength;

2) The crushed zone can be bent repeatedly;

Therefore, after the honeycomb paperboard is crushed, an indentation line can be formed and can be used for bending.

In the process of compressing the honeycomb paperboard, how to form a crush before the paper core expands and disengages the rubber? In the following, a solution is found through force analysis of a single honeycomb core. 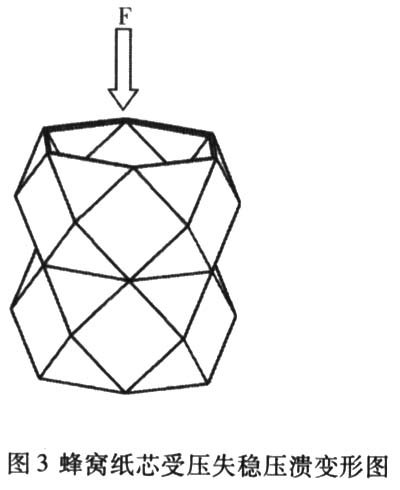 As shown in Figure 3, when a single honeycomb core is subjected to a uniform load, it reaches the critical load pcr "2" for instability: